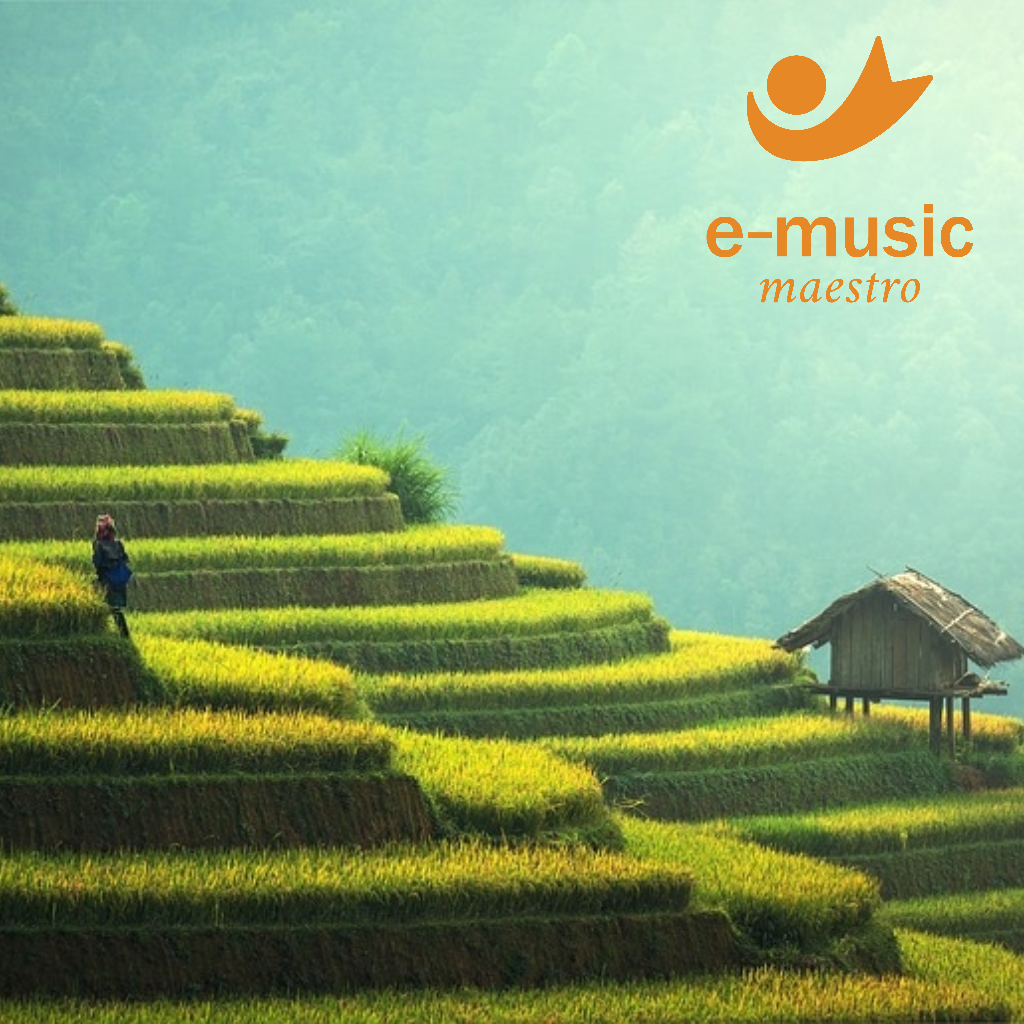 What is keyboard geography?

Some people reading this may wonder what I mean by "keyboard geography", so let's get the definition first. The study of Geography, in the normal sense, is to do with the surface of the Earth and how people interact with it. This reads across quite neatly to the concept of keyboard geography: the surface of the keyboard and how we as players interact with it.

Successful learning about keyboard geography enables the fingers to go where you want and produce the sounds you wish. So it's very much part of the useful pianist's core set of skills.

As part of the process of becoming useful, this is not an isolated topic. I'm focusing on it today for some specifics, but you will easily be able to see how they link in to other aspects already covered (and others yet to come).

In the very first lesson you give to each new beginner at the piano, you will almost certainly include geography. We are all used to pointing out the pattern of two and three black notes and either explaining, or better still asking the student, why they are organised like that. Some beginner method books make quite a big deal of this, with fun exercises like playing all the groups up and down the piano, circling them on keyboard diagrams, and so on. Others proceed to Middle C and get the student reading staff notation. Either way, it is your job as teacher to keep reinforcing the student's ability to reach for those patterns to find their place on the keys.

As soon as they are playing named notes, especially in the so-called Middle C position beloved of so many tutor books, there is a danger that they will start associating a notated pitch with only one finger. How many teachers must have had the experience of pointing to an F in the bottom space of the treble clef and asking for its name, to be told that it's "a 4"?! It is vital to find (or write your own) note playing challenges with unexpected fingering - even as simple as E and G with the E fingered as 2. Seek out beginner level repertoire that liberates the student from Middle C position (the  Piano Star books published by ABRSM, compiled by Aisling Greally and David Blackwell do this early on).

When black notes first make their appearance in the student's tutor book, I have noticed that there can be a physical problem with finger spacing to cover the correct white notes on either side. It is worth pointing this out, acknowledging the changed feel in the fingers and working on the new hand shape as soon as possible, since adapting the fingers to find black notes is a crucial part of geographical confidence at the piano.

What else comes under the heading of Geography in my Useful Pianist curriculum? The big one is "knowing your note set", which enables you to cover keys, modes, transposing and chord playing.

I call it a "note set" because this gives it a practical basis - it encourages a sense of the correct notes being the only ones available. If we start talking about "Scales" it pulls us into technical byways (what's that pesky fingering again?) and tedious up-and-down rote learning which adds little to actual understanding - until the connection is pointed out! So by all means, teach scales in the usual way, but you can introduce note sets much earlier and get more out of them, too. And once your student knows a few standard scales there is a fun geographical challenge for them, described below.

The pattern of black keys is, in a way, the first useful note set, as it has the great advantage of providing an instant pentatonic scale for inventing. However, the first three notes of a major scale provide a starting point for explaining how to construct and use the note sets of tonal music. If you have done a lot with the black note pentatonic scale you can relate this to the group of three black notes, which are of course the same distance apart.

Once the student can put together the first three notes of a major scale (first note, tone/whole step above, and another one above that) they can transpose very simple beginners' tunes into almost any key. This helps with the hearing and understanding of the lowest note as a tonic (or key note, or finishing note to them). You can reinforce this by inventing or using tunes which also include the semitone below, giving a strong pull back up to the key note. If they are learning chords at the same time, you can accompany and even show them how you choose your chords. Or they can play primary chord changes of their own choosing and you can improvise simple tunes to go with them.

This is a possible entry point for the minor mode, and by starting early on the sound and placement of the first three minor scale notes you can help ease the student into confidence around this wonderful tonality. If they understand how the third note of the minor scale is differently located (using a tonic major rather than a relative major for comparison here) with its semitone distance from note 2, there is less chance of mis-hitting when using it in an exam scale or a transposition.

However, the complex harmonies generated in the minor mode may be too awkward at this stage. See how it goes, and draw back into areas of easier progress if there seems to be a roadblock. There is plenty of time to return with more experience.

Once you have the first three major scale notes, plus maybe a semitone below, you can add the next two, pointing out the semitone between notes 3 and 4. If you are building the set in this way, and you are teaching chords and aural awareness of tonality, you can see how understanding these semitones can really help reinforce their security in all these areas. The V7 chord, especially in the "American style" first inversion, contains the two notes that are a semitone away from the tonic chord and create that powerful pull towards resolution.

As you build towards the full diatonic scale, you can introduce learning about which degree of the scale is which. The major is just (singing) "One, Two, Three, Four, Five..." etc, and then the harmonic minor is sung as "One, Two, flat-Three, Four, Five, flat-Six, Seven...", and so on. Done with a sense of fun, this is a great way to consolidate note sets and help with ear playing.

As I mentioned further back, there is geographical fun to be had at the stage where a student has mastered some formal (exam-style) scale playing: multi-note scale playing. It is a good idea to start this off in C major, to get accustomed to the right sounds without effort, but that is geographically unchallenging (all white notes, like terrain with no hills). You can start by playing the scale in thirds, non-legato, with one hand, just one octave, up and down, and then go to G or F major for the experience of looking for and using a black note at the right moment. No need for special fingering - this is about working confidently with the note set, not playing advanced level exam scales. You can branch out into playing sixths (starting with the tonic at the top) or continue with thirds and add more black notes.

Then in due course begins the real challenge: a scale in triads, root position, using the note set of that one scale (not a major triad on each note; we are hoping to get a fully rounded sense of this key and its chords). Again, the C major version will help to set the student's expectation of what to hear, and it can link through into theory and aural if you get them to identify the type of chord on each degree of the scale (major, minor or diminished). As soon as black notes are introduced, the student has to think quite hard to stay with the note set at first, as the black note comes up much faster than in the rote-learned scale. Ideally, they will develop a kind of "bird's eye view" of the note set and can move around within it with increasing confidence. Even the simplest of the geography exercises I have described can be put to use by more advanced students considering scales with bigger key signatures. Playing a scale in triads in E major is quite an achievement!

Here is a basic non-exhaustive checklist of possible outcomes to work towards in teaching keyboard geography (in rough order of advancement):

One final word in favour of working on keyboard geography: sight reading! (OK, that was two words). The more your student has explored the shape of any note set, the better equipped they are to work fluently and accurately within it when faced with a new piece. Alan Bullard takes this approach in his "Joining the Dots" series, which works key by key and includes improvisation stimuli. There is also a pair of Hal Leonard books called "Scales, Patterns and Improvs" which use the first five notes of every single key. No doubt there are others. And of course, almost any simple music can be used for transposing!