You just don't have the talent! RSS 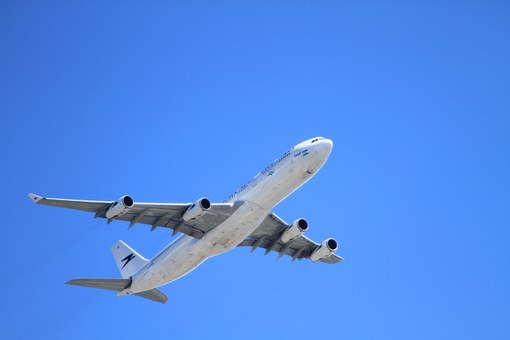 Have you ever wondered why 99.9% of all passenger air travel takes place without serious accident or loss of life? It’s a good job that airline pilots are so ‘talented’! Lack of talent is often cited as the main reason why those learning a musical instrument might not do as well as anticipated. How many times do we encounter an anxious, adult pupil returning to learning after a period of abstinence, saying, ‘I was no good…I didn’t have the talent’?

Talent is defined by the Cambridge dictionary as a natural ability to be good at something, especially without being taught. Whether musical ability is largely innate or mostly learned has long been a source of controversy. A new study* has found evidence suggesting that certain genes are responsible for essential processes underlying learning and memory that are also fundamental for musical abilities, including recognition and production of sound. Whatever our beliefs about the origins of talent, it seems obvious that actual musical knowledge and skill can be acquired only as a result being musically educated. It is unfortunate that the word, ‘talent’ tends to have become conflated with connotations of a five year old, untutored prodigy spontaneously performing a concerto from memory.

Einstein summed things up by saying, 'Genius is 1% talent and 99% hard work.' Talent for something is nothing more than raw potential which requires good quality training and personal application if it is to be fulfilled. The idea that we might entrust our safety when flying to a factor as nebulous as talent is a non-starter. So where does this leave us, as we cling to the notion that playing an instrument well requires lots of talent?

Let's hear what Nadia Boulanger had to say about genius:

Perhaps confused reasoning arises from idealised, romantic illusions pertaining to unfulfilled aspirations. They call it dreaming. How good would it be to be able to fly like a bird, free of all worldly attachments? How wonderful the life of a concert pianist would be ... thunderously crashing out the double octave passages of a famous concerto with unalloyed virtuosity, or weaving magic through the delicate filigree of notes that cascade effortlessly in watery illusion.

To put failure down to lack of talent not only distorts the truth but wrongly strips the aspirer of hope, and plants seeds of self-doubt. Whilst it’s much better to be quietly confident about what you do, the idea that achievement may rest entirely with that 1% potential makes for depressing reading.

The world of the airline pilot meets that of the concert pianist!

Back in the world of the airline pilot, the practice room is the simulator, the performance zone the scheduled flight itself as it takes off with 400 passengers on board. Long before aspiring international concert pianists step out onto the platform in the concerto finals of the Leeds International Piano Competition they have, like the pilot, spent many hours alone in a practice room, refining and honing all the nuances in preparation for their future performance, practising its perfect replication time and time again. Indeed it is said that one of the differences between professionals and amateurs is that amateurs practise until they get it right whereas professionals practise until it cannot go wrong.

In the cockpit at 35,000 feet, flight is largely automated. So too on the concert platform, the musical journey unfolds with practised ease and habit. Both experts know that things could, at some point, fail to go according to plan but both have learnt, through extensive performing experience, to be able to deal with unwanted intrusions, large or small, and to quickly recover the fluency.

The skills which professionals have painstakingly worked on are those which help to turn individual processes into a series of automatic, linked processes. Whether flying an aircraft, carrying out a delicate surgical procedure or playing the piano, fluency relies upon being able to undertake the necessary fine motor skills comfortably and consistently whilst leaving spare mental capacity for the crucial processes of monitoring and adjustment.

The value of practising performing

Many learners do well in the learning process but fail to practise performing, which is often a cause for disappointing results when it comes to music exams or playing in front of others. Concentration feels different when you are playing in front of an examiner or in front of your whole class at school. You mustn't stop and start or make corrections in a performance - you have to keep going from beginning to end, as well as projecting your own expressive personality, even when things go slightly awry or the unexpected happens.

Music performers are subconsciously affected by the feedback they get from their audiences. Being listened to has a significant, ongoing impact regardless of the applause at the end. As the confident story-teller imparts the unfolding musical journey to the audience, the bond of communication must be kept alive through an unwavering focus on the performance. Without practising that particular art, performance cannot become refined, confident and consistent, no matter how many hours have been spent in the practice room.

Talent is a seed to be nurtured whereas achievement is the outcome of perseverance, practice, support and guidance.

The E-MusicMaestro Blog explores all the issues mentioned here. There's guidance for parents, inspiration for teachers and help for learners. Follow it at www.e-musicmaestro.com/blog